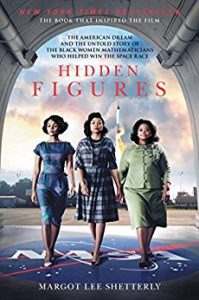 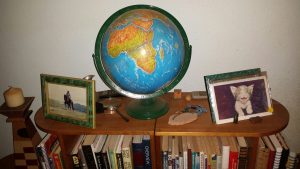 Once again as I came to the start of a new year, I was standing at a crossroads.

My marketing plans for my first book Life Without Ceilings: A Woman’s Career in Computers ended the year in pieces all over the floor.  And my next book (working title Lucky’s Story) is starting to come together in my mind.  They both need attention and I don’t seem to be able to work on both of them at the same time.

In the end they both come down to:

I’m happy to use the start of a new year as the reason for finally making a decision. And by really focusing on my marketing priorities I’ve figured out a way to slim that task down enough that maybe I can both write and market.

In some ways it’s surprising that the decision was hard to make. I’d rather write than market and I have the luxury of not having to sell books to survive.  But there was the old bugaboo that “I should” be doing marketing.  And I know, again from bitter experience, that doing something because “I should” uses up mental and emotional energy faster than anything else.

I finally realized that there was a piece of my marketing plan that was important to me. It wasn’t selling my book; it was sharing my knowledge of the role of women in computing in the last third of the Twentieth Century.  This was the reason I wrote the book in the first place.

So I’m no longer standing at a fork in the road. I have a plan.

I’ll let you know how it works out.

Please let me know of your experiences with dealing with crossroads by leaving a comment.